Brahmasthana- The Place of Spirit

In Vāstu Shāstra, the Vedic science of placement, the brahmasthāna holds a special place of importance. Bhrahma Sthāna literally means place of spirit. The rule says that the center of any lot, house, room, or artistic composition should be free, open and uncluttered in order to invite prosperity, love, and divine inspiration. That means no staircases or furnaces in the middle of your house, unless you want a heart attack or a good dose of depression. The center of your home is like your heart, and heavy objects there literally press down on it, leading to all kinds of relationship and health problems.

Āyurveda, Vāstu’s big sister, like any older sibling, co-opted this principle for herself, saying the center of our own vāstu-dwelling, the human body, should also remain empty, free and uncluttered in order to invite ‘prosperity’ in the form of health and longevity. Human beings come with a brahmasthāna—our GI tracts- and this is marked externally by the depression of our belly buttons. Accordingly, Āyurveda requires at least 4-6 hours between meals to allow our tummies to rest and rebuild.

Now of course Yoga, Vāstu and Āyurveda’s other sibling, also took a shine to this principle, so much so she even made a rule around it: yogash chitta vritti nirodha– yoga is cessation of the fluctuations of the mind stuff. This mind stuff isn’t just the grey matter between your ears, but the stuff between your heart and pelvis-, the entire digestive system. In modern science we know that the gut has a brain of its own, and is responsible for up to 95% of serotonin production and 70% of our entire immune system.

Our digestive organs, including the villi and microvilli in our intestines, work in a wavelike manner to process and push food through the system. These waves are called vrittis, and the cessation of all vrittis is the purported goal of yoga. As a result, yogis made fasting into an art, and fasting is a staple of practically every religion on the planet. Jesus fasted, Buddha fasted, Mohammed fasted, Moses fasted. Fasting is a core religious ritual because it brings us closer to God—our own brahmasthāna, or sacred space. Even the wise Benjamin Franklin said, “The best of all medicines is resting and fasting.” Keep your space uncluttered and its center empty, and you will invite God into your body and home.

In astrology, the navel of the sky is represented by the pole star. It is the brahmasthāna around which creation revolves. Some of our most primal symbols, like the cross and the scepter are astronomical metaphors- representations of cosmic events in mundane objects. A combined snapshot of the constellation sapta rishi (the seven rishis- Ursa Major) during the vernal equinox, summer solstice, autumnal equinox and winter solstice evidences another common symbol in Vedic tradition, the svastikā:

Vedic tradition says we can access this divine force by honoring the navel of our bodies, homes, and outer environment, which we do by keeping them clean and limpid and allowing the divine to work through us. Another way to do that is to honor Sandhis.

‘Sandhi’ means ‘joint’ or ‘juncture’ in Sanskrit, and refers to transitions between one reality and another. Your knee is a sandhi, a meeting place between your femur and tibia. Sunrise and sunset are junctures in time and space- transitions between day and night. And like joints in your body, Jyotisha considers sandhis vulnerable and generally inauspicious for worldly success. Which leads us to the natural conclusion that Mondays are fine… just don’t predict on Sandhis.

You also don’t want to predict during eclipses, solar sankranti (the sidereal solar ingress- roughly the 15th of every month) at sunrise or sunset, or at other times when nature is on break, such as when planets are stationary or close to it. If you reach out to feel it, there is a stillness in the world during such times. A hush that is almost palpable, as if God were napping. And if you grow real still, you can almost hear God’s breath, softly wheezing, coming from the brahmasthāna.

Also try to avoid physical sandhis. Don’t do Jyotisha while standing at the Four Corners area straddling state lines. Standing on a street corner like a doomsday prophet is not good either- it’s a major sandhi- and such prophets rarely get their predictions right, or any respect. Don’t do Jyotisha in moving vehicles like cars or airplanes. Traveling is a juncture between two points; think about all the lines and borders you’re crossing while moving about. I know it’s tempting during a five or fifteen hour flight to make some predictions, but resist the urge. Cozy up and watch movies instead.

Ayurveda warns that sex during sandhis is deleterious to health too- both yours and that of the baby born from such a union. There goes another activity in the plane. Finally, do not do jyotisha for nāstikas. Though not really a sandhi, it’s a rule important enough for Parāshara to emphasize. Nāstika means “non-believer” or people who only ask questions to test your knowledge. Parāshara warns that indulging such folks is not good for Jyotisha or for your reputation. It also means that you shouldn’t predict for anyone who doesn’t have a real desire to know. Dilettantes are for the ball. Jyotisha is for the dedicated and the desperate.

“Dilettantes are for the ball. Jyotisha is for the dedicated and the desperate.” 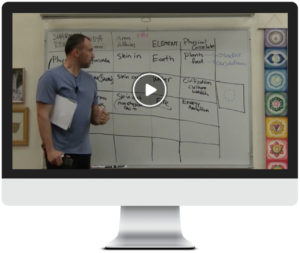 Please allow me to express the joy and wonderment I experienced in viewing your discourse on part 1 or disc 1 of V.A.  You easily distill a subject that is both heavy and dense or hard to grasp by many, as I am sure you have been told countless time from others.  You really make the subject fun to learn.