YEAR OF THE DWARF PLANET

A tagline in a number of astronomy magazines singles out 2015 as the “year of the dwarf planet”- in large part because two NASA expeditions, Dawn and New Horizons, reach their respective targets in 2015- the dwarf planets Ceres and Pluto.

Dawn reached Ceres in March, and 9 years and 3 billion miles later, New Horizons reaches Pluto this July. Racing at 50,000 km/hr, the craft will have a small window in which to glimpse the best images we’ve ever had of this newly-reclassified ‘dwarf planet’, possibly re-defining it for a new generation.

Why should this matter to us, billion of miles away? Because the discovery and exploration of space phenomena has always spurred the imagination, and, perhaps even changed the course of history.

As soon as a planet, (or graha, in Vedic Astrology*) is discovered, it enters the collective consciousness. The discovery of Uranus in 1781 coincided with a century of revolutions- both on the battlefield and the fields of science and industry, which Uranus rules. Neptune’s  unveiling in 1846 was followed the next year by  the advent of ether (chloroform) as an anesthetic (dreams and altered states of consciousness are the realms of Neptune). That same year also witnessed the beginning of the modern history of petroleum (Neptune) with the refinement of paraffin from crude oil, not to mention the emergence of cults, government ideologies and spiritual movements, all Neptune’s domain. (Karl Marx published The Communist Manifesto in 1848.)

* In Vedic Astrology, objects in the sky are termed ‘grahas ‘celestial seizers’ which ‘grab’ onto us and influence how we express karma. Not unlike the original Greek term ‘planetes’ -sky wanderer- a graha can be any celestial object- even a mathematical construct such as Rahu/Ketu, the lunar nodes.

Pluto’s discovery in 1930 was followed two years later by the splitting of the atom, and an acceleration of the race to harness nuclear energy- the subtle and latent power of Nature. Just before that, in 1928, Alexander Fleming discovered Penicillin and heralded the era of using Nature to fight Nature (literally, anti-biotic) in the biological realm. Pluto,the smallest (former) planet is also the most transformational: it rules mass upheaval in Nature and society, and the subtle power of the unseen.

So what does this have to do with the year of the dwarf planet? Ceres (the whole of which is slightly bigger than France and fits nicely in the boundaries of Texas) in astrology and mythology is associated with agriculture, fertility, and nurturing. She is the embodiment of Mother Nature, and like Her can be convulsive in times of change. Discovered in 1801 then later demoted to an asteroid, Ceres’ recent reclassification and exploration could mark a newfound respect for Nature, and an acknowledgment on the part of society of the ills we have done to Her, including climate change, overpopulation, and consumerist waste.

Even Pope Francis has made this his mission, articulating in his encyclical on the environment, Laudato Si that “the Earth, our home, is beginning to look like an immense pile of filth.” With science and religion on the same side, perhaps this is the time for a shift in the collective consciousness. The alternative is that Nature takes things into Her own hands, and creates mass transformation (Pluto) on Her terms. 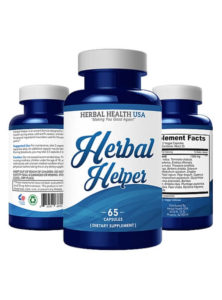