Vedic Astrology is a predictive and prescriptive science. That is, apart from offering diagnoses (such as, you are mangalik), observations (you have kala sarpa yoga) or uncomfortably probing questions (you have Mars in the 8th house- do you have hemorrhoids?), it also offers advice (if you’re mangalik, don’t marry before age 30),  warnings (pay attention to the houses where Rahu and Ketu sit), and sometimes even remedial measures, (like wearing red coral to ward off the evil effects of Mars and the inevitable hemorrhoids that entail when he influences the 6th or 8th houses).

The fact that such prescriptive measures (called upayas) are still around is a testament that, though shrouded in mystery they continue to work, and are widely used and regarded, especially in India.

One turns to upayas when certain planets, or grahas (seizers or influencers), appear to be ill-disposed to you. Perhaps the most dreaded of these influencers is Saturn, who variously affects and afflicts every horoscope, and the life it represents. Whether you are in a Saturn major (19 years) or minor (variable) period, or whether you’re experiencing the 7.5 year transit of Saturn over your natal moon (called Sade Sati), or even if you’re in your Saturn return- the lord of time, karma, and dharma finds ways to touch every life and every chart, sometimes when it’s least convenient.

“Saturn variously affects and afflicts every horoscope, and the life it represents… the lord of time, karma and dharma finds ways to touch every life”

Important for dealing with Saturn’s influence is understanding at which level of dharma and karma he is afflicting you. Generally, it is useful to say that there are five such levels:

Knowing at which level the affliction lies will help you find a strategy to appease and mitigate its influence. For example, if Saturn is primarily affecting your body, consider using sesame oil both externally as daily oil massage, and internally as basti– oil enema to mitigate his influence. Saturn is the primo vata planet- responsible for such minor irritations as dry skin, joint cracking and spaciness, but also major afflictions like parkinsonism, osteoporosis, and even alzheimers. When left untreated, out-of-control vata can cause major bodily disturbance.

In Ayurveda the sesame seed is highly regarded- the word for oil (tailam) comes from the word for sesame (til). In Jyotisha this is ruled in part by Saturn; therefore using sesame oil to nourish your inner and outer skin will help keep Saturn happy on the physical level.

Next is the realm of your outer environment- everything from your skin out. This is best described in the science of Vastu Shastra. Of course, all of these Vedic sciences are linked- knowing one will help you understand the rest. For example, to appease Saturn on the environmental level, consider looking at your horoscope.  Find where Saturn sits and which cardinal direction that corresponds to. For example, the 1st house represents East, the 10th house is South, the 7th West and the 4th is North. If Saturn is somewhere in between, such as the 2nd house, interpolate its direction using the degree position and good sense- in this case somewhere in the realm of East Northeast.  If you’re not sure how to do this, consult a trained Vedic astrologer.

Once you’ve located Saturn’s position in your chart, as a remedial measure consider placing a potted plant in that portion of your home (in the above example, in the East-northeast zone). Then, take care of that potted plant and don’t let it die!  You may also wish to erect a small altar to the graha, though don’t make it too overwhelming as you probably don’t want to invite that much of Saturn’s energy into your home, all other factors being equal.

Moving on to the Social level of dharma and karma, Saturn teaches us that to appease him we should do something nice for the part of society that represent him- the poor, homeless, and the elderly.  Serving the hungry and the homeless, especially on a Saturday, can be a great way to appease the lord of suffering and lift some of your own pain and misery away. One can also feed crows, Saturn’s vehicle, or any solid black animal, such as a horse or dog (black and white dogs, on the other hand, represent Ketu).

On to the cosmic and spiritual levels where we can connect to Saturn as a deity by reciting mantra, doing puja (ritual),  or going on a pilgrimage to a place like Shani Shinganapur in India, a town sacred to Saturn.  By connecting with Saturn via mantra or puja, we acknowledge him as a living being, capable of interacting with us.

Of course, science might scoff at such flights of fancy, but consider this analogy: think of an ant crawling on your skin. What does that ant know about you? Only what its senses- the instruments available to it- are able to detect. Aside from a certain temperature, topography, and scent, what do you think that ant knows about Shakespeare and the Simpsons, about baseball and Doritos, rockets and selfies and romantic walks on the beach? These are human experiences that are, presumably, undetectable by the rudimentary machinery an ant possesses.

Likewise, when we view the stars and planets through the lens of our limited machinery, we too see a certain temperature, density and topography- but is this all there is to a star or planet? According to the rishis, the seers of ancient India, the answer is NO! Their account of the planets is mythic in nature, encompassing personality traits, doshas, favorite animals, herbs and much more.

Perhaps that is why they named Jupiter “Guru” (which means heavy or dense)- and gave him the color yellow. Before telescopes and computers, they understood that Jupiter was the densest planet and had a protective, beneficent nature- just as the real planet Jupiter protects the earth and humankind from devastating asteroids by pulling them to itself with its powerful gravity.  Without Jupiter human life on earth would probably exist in very different, rudimentary form; without the Guru, who protects us from our karma, we may never evolve beyond animal creatures with animal desires.

The rishis also attributed Vata characteristics to Saturn, and as we now know,  Saturn is the only planet light enough to float on water.  “Light” is one of the primary qualities of Vata. Thus, by keeping an open mind to the teachings of our ancestors, we can perhaps make use of the technologies they’ve passed down to us, among them the technology of upaya.

Of course one can repeat these five levels for any afflicting graha.  For Mars, for example, on the physical level you may want to donate blood (rakta moksha) in order to calm pitta. This also doubles as a social purpose as you may end up saving someone’s life with such a donation.  On the environmental level you can find where Mars is situated in your chart and place something red in that corner of your home, paying regular reverence to it in order to appease Mars. Thousands such upayas exist, and books like the Lal Kitab that specialize in them, may take lifetimes to learn and understand. But the best remedy is self awareness.

My Jyotisha teacher used to say: “It is the astrologer’s job to put themselves out of business.” That means that if we truly teach our clients how to live their dharma, they have no further use for us. Doctors (called vaidyas- knowers of divine science) –  have a similar mission: to help patients heal themselves so they never need the doctor. This is the final destination. The journey begins with self awareness. Jyotisha and the other Vedic sciences described here are tools for cultivating it. Hari Om! 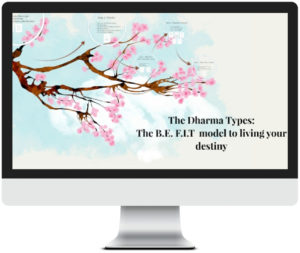